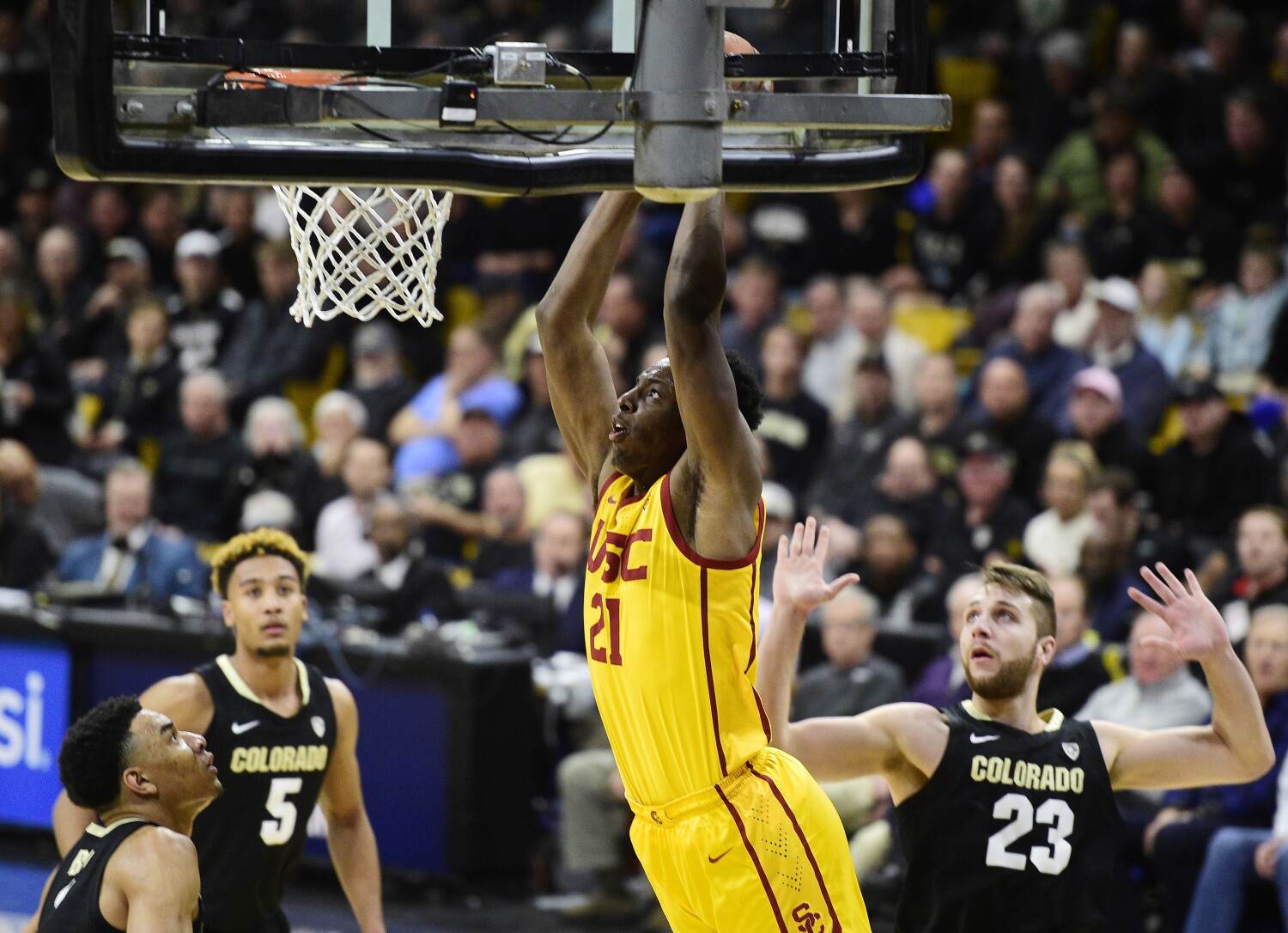 McKinley Wright IV had 15 points, including a floater in the lane in the final minutes, to help No. 18 Colorado hold off USC 70-66 on Thursday night.

Wright added six rebounds and seven assists, and Tyler Bey had 14 points and 11 rebounds for Colorado (21-6, 10-4 Pac-12 Conference). The Buffaloes lead the conference by a game after Oregon fell 77-72 at Arizona State on Thursday night.

Onyeka Okongwu had 21 points, Jonah Mathews added 17, and Nick Rakocevic had 14 points and 11 rebounds for the Trojans. They lost for the fourth time in six games.

The Buffaloes were up 41-40 after Okongwu’s dunk early in the second half but quickly opened a double-digit lead. Shane Gatling and D’Shawn Schwartz hit 3-pointers and Lucas Siewert had two more from long range during a 15-4 run to stretch the lead to 56-44 midway through the second half.

USC came back, making it 67-66 on Okongwu’s dunk with 1:35 left. Wright’s floater gave Colorado a three-point lead and the Trojans had one more chance to tie it but Daniel Utomi was called for traveling with eight seconds left. Wright hit a free throw to seal it for the Buffaloes.

Colorado had just six points more than 10 minutes into the game and trailed 20-6 but outscored USC by 14 to tie it and trailed 29-26 at halftime.